Two Blog Posts in One Day? A compelling story that needed to be told … 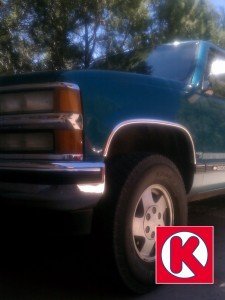 Seeking to gas up before heading back up the mountain to Sedona, I had been driving around Central Phoenix for about an hour, a bit lost, relaxed, exploring the city.  As chance would have it a rich and compelling experience waited for me at a place yet to be revealed.  Have any of you met Dennis?
11:30 on a Monday night, I roll into Circle K. I set up the pump and sit on the edge of my seat. Two hours of driving ahead, it crosses my mind that I might have benefited from leaving a little sooner.  Done now, I rest in the present.  A little man approaches.  Little, I am to learn, only in stature. He is older, a full, curly gray beard, a navy ball cap on his head with the letter D. Tangled up in his arms are the tools used to wash windows.  He asks if I would like my windshield washed.  It is only in that moment that I notice that my windshield indeed needs a scrub.  It is usually my practice to wash my windows well when I fill up my tank.  It is late, a bit off my game, I am delighted by the reminder. Disappointment avoided. I check for a bit of cash, all good, I employ his service.
He is fumbling with the squeegee and the spray bottle. At about 5’ tall, he can reach about twenty percent of the windshield of my full size Chevy 4×4. I climb out to give him a hand. He seems to need some instruction in his own craft.  Long and tall, fitted for reaching the distance, my truck, my primary vehicle for 11 years, I am at ease in the task.  I perform the dance that is so familiar, narrating the steps as I go. I hand him back his tools, he scrambles up the passenger side.  Watching his movements, I notice his hands, the reason the tools were tangled up in his arms. His hands are not what I expected to see.  Each one like two fingers pinching together, both of them a mismatched set.  I watch the earnestness with which he applies himself to his task.  I am moved by the effort this man is making in spite of his odds.  I slip a bill under the bottle of glass cleaner resting on my hood.
I am curious now about the man.  Our business complete, I ask him his name.  Dennis he tells me, I note the D on his hat and comment.  I ask him if it would be inappropriate to inquire about his hands.  There had been problems with his mom’s pregnancy he told me but his baby sister was fine. Pointing to a large scar, he told me about the teasing of his childhood, of wanting to destroy his hands in response to their taunts. Teased as a child, I remembered my own pain, we all just want to be loved. He told me of his work as a janitor, he had tried a steel mill but the work was too hard, he had really tried.  With pride that I heard as courage, he told me that as he left the steel shop he saw an ad for a janitor. He raced to apply. He had that job for 17 years.  He told me of the woman he loved, she had died four years ago. He misses her. We spoke of a love he would never forget. I celebrated the spirit of my new friend as he continued to recount his many blessings. Dealt a challenging hand, literally and figuratively, he shared with me his gratitude, the joys that illuminate his life.  I am moved by this man’s spirit, a gift I hadn’t expected in the middle of the night at a Circle K in Central Phoenix, I think that is where I was.
“Five dollars is a lot of money,” he says. Wishing I could have given him more, I reply, “I hope it is a lot of money my friend, I wish for you all you need.”
I head home, finding my way easily to 51, North seems the general direction I am looking for, possibly it crosses 17 at some point.  Indeed, I find my way easily. I make it home safely.  I am not likely to forget this man who’s light shined so brightly on me.  I am mostly grateful I was paying attention.

©2020 | Designed and Developed by The Myss Miranda Agency